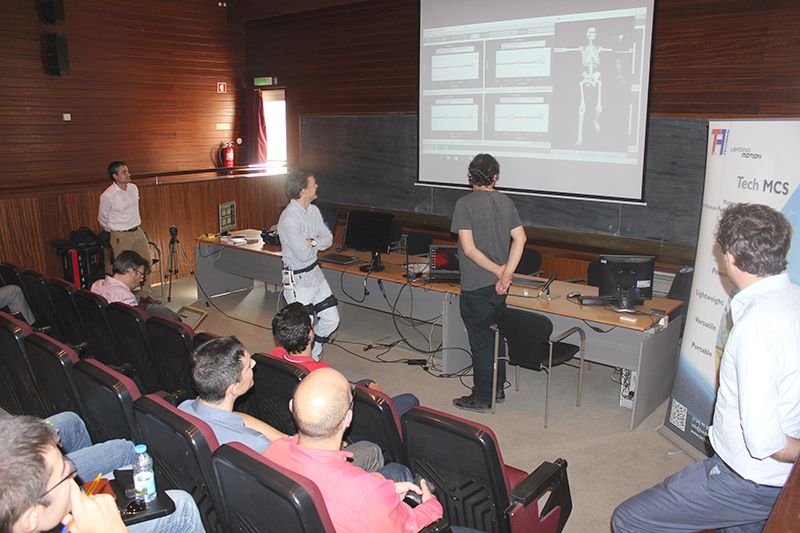 Last September the 21th Technaid gave, together with Coimbra University, Miguel Hernández University (Elche), Kuka Ibérica and the technology center AIMEN, a Workshop about the last developments in Huma-Machine Interfaces.

During the event many themes were addressed as the inertial technology, the state of the art in brain activity research to control systems, or the current technology in industrial machine-human interfaces.

This Workshop, which took place in Coimbra University, is framed into the EU funded Project ColRobot (grant agreement N° 6888807). This research project seeks the development of a robotic prototype able to collaborate with humans in industrial environments.

To reach this goal is so important the development of an easy, efficient and fluent human-machine interaction. Thus, through Technaid’s inertial sensors, located along the worker’s body and using the brand new algorithms developed by POLO II department form Coimbra University (Prof. Pedro Neto’s team) is intended that human’s movement will be recognized by collaborative robots.

Other project’s partners, as Renault or Thales, will provide the industrial environment where those e prototypes should be tested.

From Technaid we want to thank to the Workshop’s attendees for the interest demonstrated that mainly appears in the interesting question time. For us, coming back to the University Research environment again (where the company begun) is like coming back to our homes.