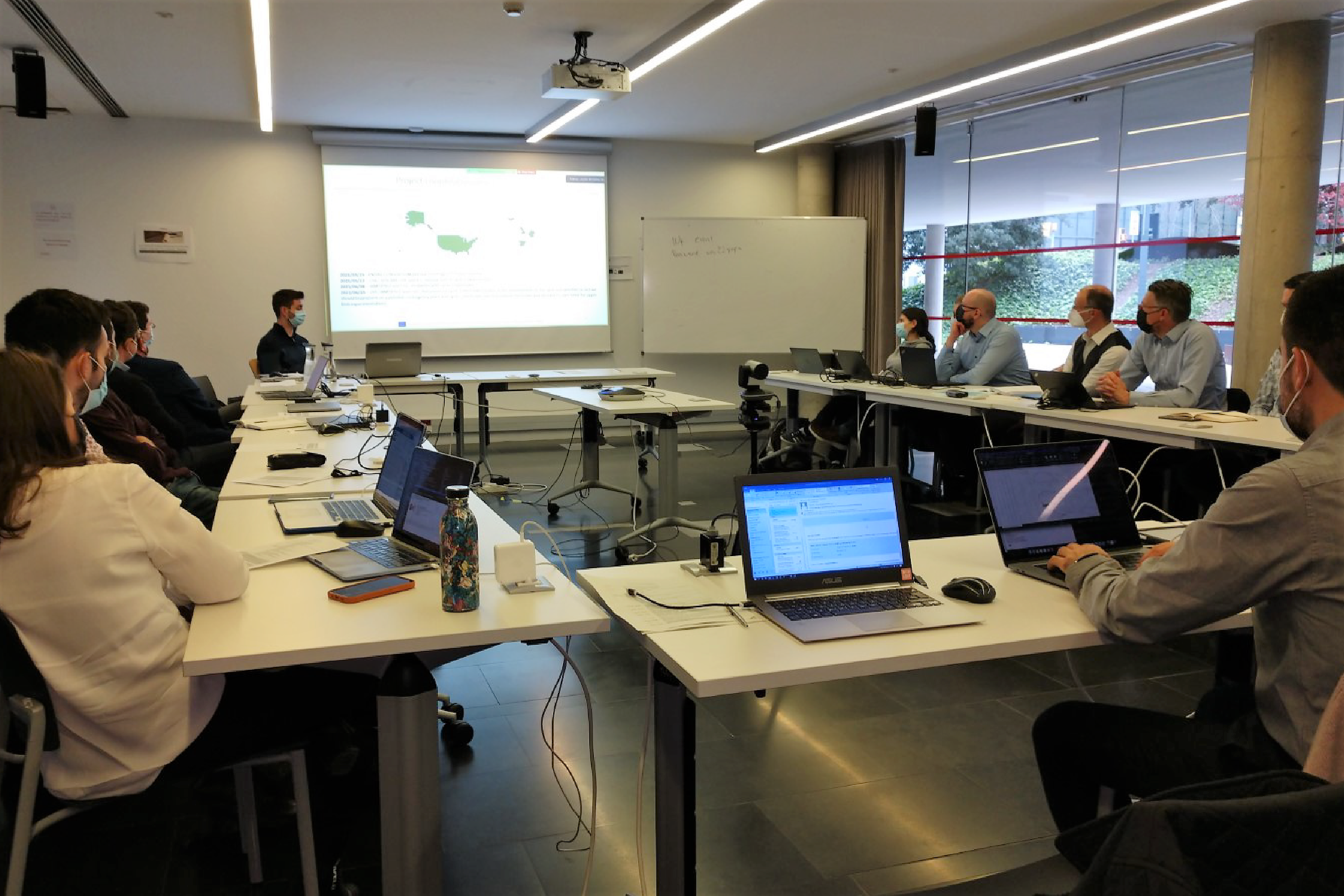 Yesterday it took place the final consortium meeting of the Extend Project, which will end in a few months. It took place at the facilities of the School of Engineering of the University Poempeu Fabra in Barcelona.

This meeting was the first face-to-face meeting since the pandemic broke out in Europe at the beginning of 2020 and it was very nice to meet again with project colleagues.

There, we were updated on the progress made within the project by the different members of the consortium and we discussed the work to be done in order to have a successful final meeting with the reviewers next September.

The Extend project started in 2018 and has had a duration of 4 years, plus an extension of six more months due to the pandemic. It has developed a network of wireless neuromuscular interfaces that, implanted in the patient’s body, allow communication with electrical signals from the human body and external devices. To demonstrate this new technique, the project applies it to two scenarios: one in the suppression of tremor in patients with Parkinson’s disease and essential tremor, and the other in the sending of movement commands to a lower limb exoskeleton.

In both scenarios, Technaid equipment has been used to carry out the experiments. In the first scenario, our Tech-MCS motion capture system was used to measure tremor variation in patients before and after application of the new technique. In the second scenario, the researchers are able to move our Exo-H3 exoskeleton using EMG signals obtained from the patient. For more information, please visit the project website: https://extend-project.eu/ and the CORDIS website: https://cordis.europa.eu/project/id/779982/en.

The Extend Project has received funding from the European Union’s Horizon 2020 research and innovation program under grant agreement no. 779982.